Attendees to last month’s HackerNest Toronto July Tech Social had a special treat -- a great showing of Toronto Mayor John Tory, Councillor and former Deputy Mayor Norm Kelly, members of the British Consulate in Toronto, as well as others from Toronto’s City Council. Over 500 people came to the Tech Social to watch as Mayor Tory proclaimed July 26th as ‘Tech Community Day’. Tech Socials are about building ‘real’ community -- by bringing people from all factions of the tech ecosystem together who, despite working and living so close together, would otherwise never meet. If you haven’t been to one, this short video shows you what it’s like! 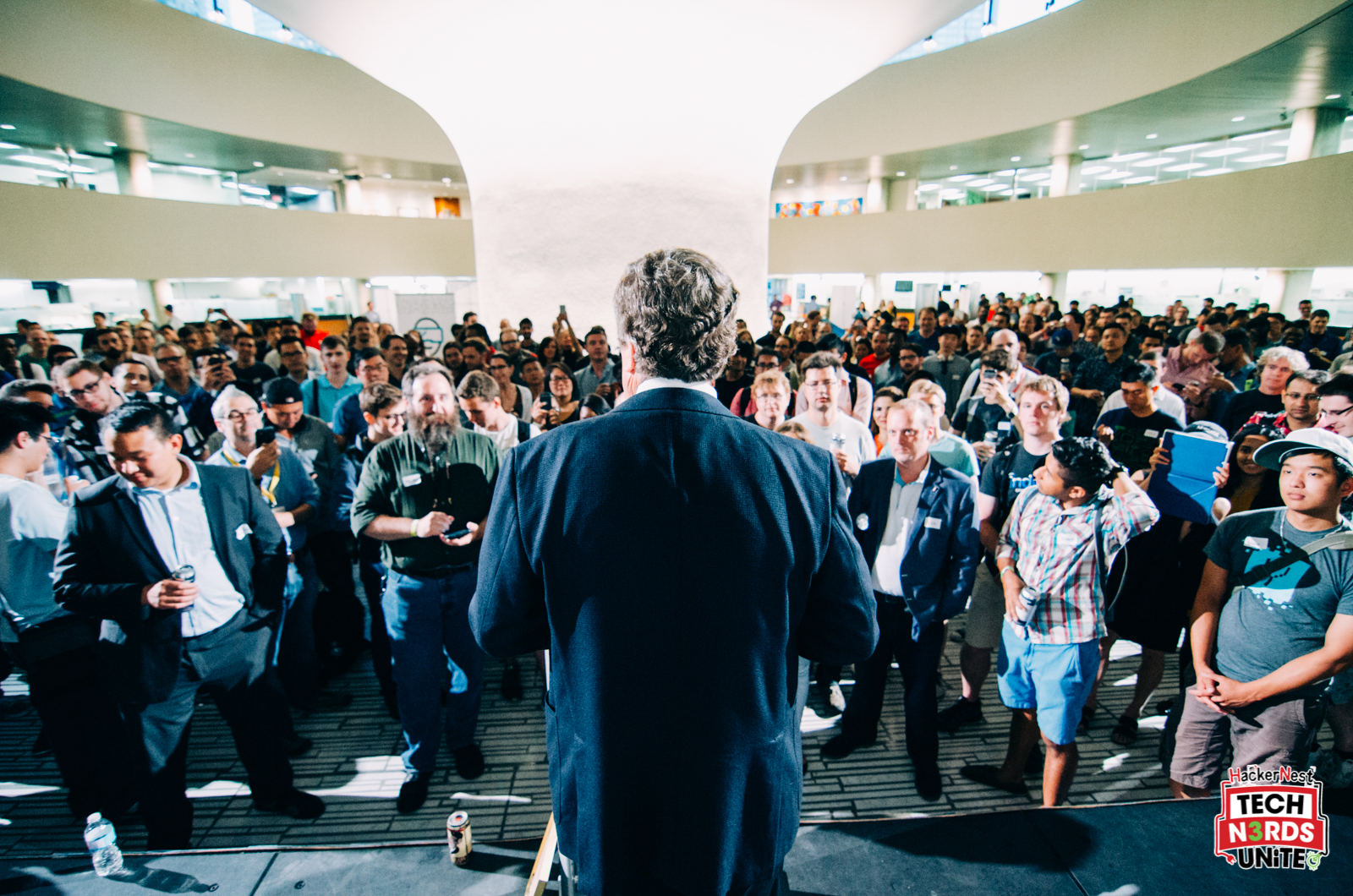 We are honoured to be a part of the vibrant and growing city and were thrilled to be the official recipient of the proclamation scroll for ‘Tech Community Day’ from Mayor Tory.

In addition to such distinguished recognition, we were also awarded a scroll for our contributions to the city and its communities from Council Member Norm Kelly (you’ll remember him as defender of Toronto in the world-famous feud between Canadian rapper Drake and American rapper Meek Mill via Twitter. Read more about him on wikipedia!).

Though Tech Community Day may just be on July 26th, our organization strives to place continued emphasis on building communities across Canada, the United States, and internationally every day, every month, every year.

If you’re interested in helping at our volunteer-run Tech Socials and want to be part of your local, vibrant, tech ecosystem in an engaging and authentic way, fill out this form and we’ll be in touch.